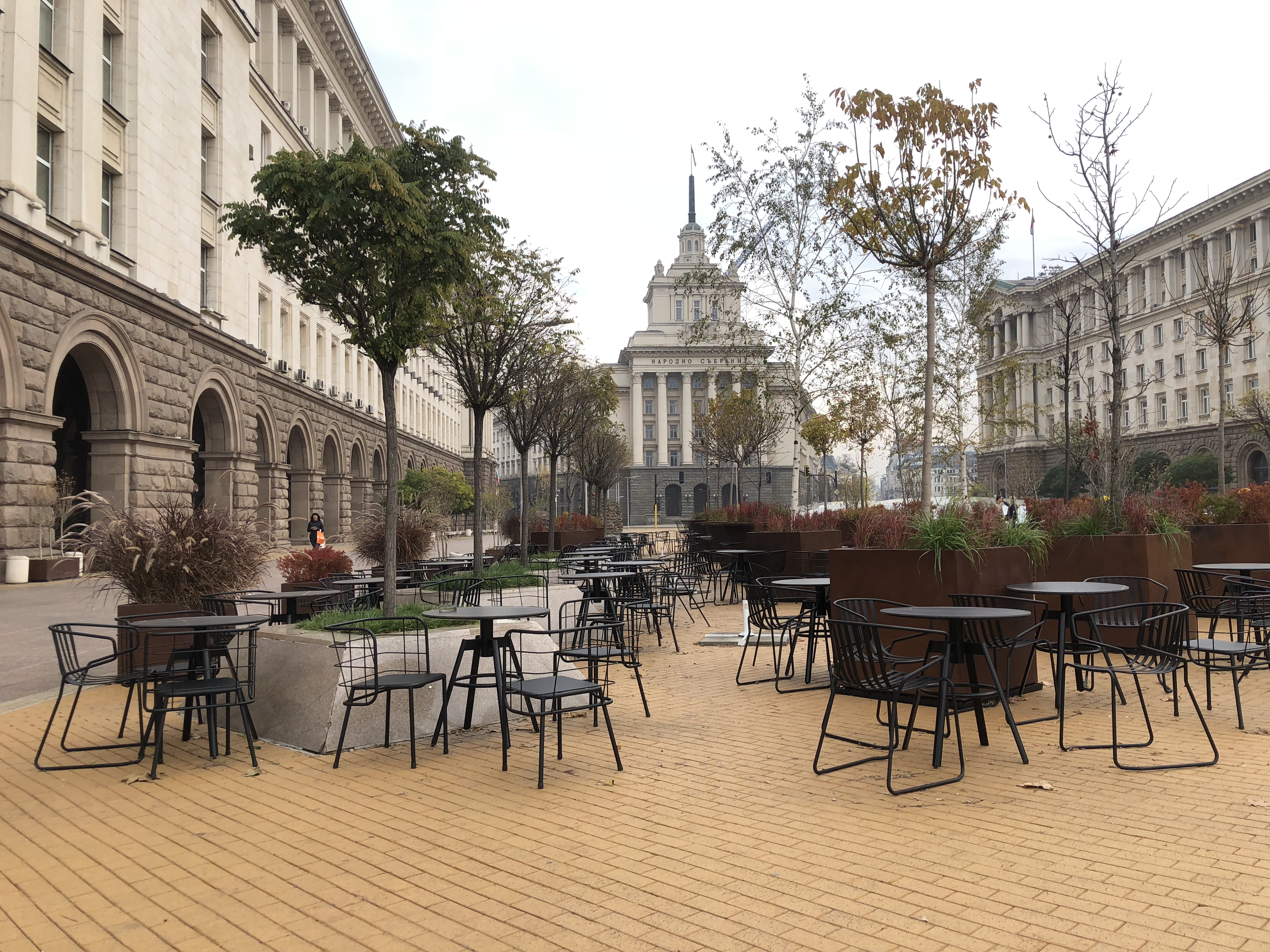 During the second edition of the Bulgarian Tourist Awards, a jury from Bulgaria, the USA, and Switzerland named Sofia the Best Destination of the year in Bulgaria. The prize was awarded to the Mayor of Sofia, Mrs. Yordanka Fandakova, who announced the forthcoming opening of five 4- and 5-star hotels in Sofia and engaged with the development of the congress tourism in the capital. According to her, the number of accommodations in Sofia in the last ten years has increased with 141%, and the number of tourists in the categorised accommodation establishments – with 132%. More data about the sector in Sofia was presented at the 7th Meeting of the National Board of Tourism.

Google Maps launched Live View for Sofia in its navigation system. The Life View uses augmented reality and allows pedestrians to see the navigations overlaying the streets, as well as to find a mini map in the right down corner of their phones. The function is active for AR Kit/AR Core devices and in regions with good coverage of Street View. Google Maps Bulgaria also provides its users with the option to set and navigate through a chosen route. In addition to the standard navigation for pedestrians and cars, the navigation works for various types of transport, including rail, public transport, bicycles.

As of February, Spark has 80 new electric cars Hyundai Kona, which are already on the streets of Sofia and await their users. The total number of cars in the platform for shared use of electric cars reaches over 350, and the number of Hyundai Kona cars alone is 170. Another Spark rental and release zone has also been added, with a 24/7 access and two installed 22kw AC charging points.

More than 40% of the new ticket validators have already been installed in the public transport vehicles. The devices are part of the preparation for the launch of a new ticket system which will begin to operate at the end of the year. At the same time, a process is underway to remove the devices from which passengers are currently buying tickets, the Urban Mobility Centre announced. The new system is expected to save time and guarantee easier and more convenient ticket validation for the passengers in the public transport. The question of whether  passengers should be charged based on the travelled distance or the duration of their use of public transport is still under discussion. The passengers will be able to charge their traveling document via computer, bank card or mobile phone, and use it in all kinds of public transport – trams, trolleys, busses, and metro.

The Chief Architect of Sofia, Mr. Zdravko Zdravkov, and the Mayor of Sofia, Mrs. Yordanka Fandakova, discussed the reconstruction of ‘Sveta Nedelya’ Square which was planned for next year. The Italian architect Massimiliano Fuksas  who had won the competition for the renovation of the space also participated in the meeting. The project envisages the building of high-tech canopies to illuminate the space at night. The space will remain a pedestrian zone but the tram will keep its usual route. The project also envisages the construction of dry fountains, the installation of benches, the creation of an area for mobile facilities, as well as the preservation of the trees in the square.

Grand Hotel Millennium Sofia, the first hotel of its kind in Bulgaria, will open in April. It will have a helicopter ground and 400 rooms, a conference centre with an area of 5000 square meters located on 3 floors with 14 multifunctional halls. The hotel will provide its customers with 10 restaurants and lounges, and a congress centre for business events and conferences. Five panoramic establishments will be located at the highest floors, and at the very top – a helicopter ground – the first service of its kind, offered by a hotel in the capital.

The budget of Sofia Municipality for 2020 has been approved. Its priorities are ecology and the environment and especially the urban environment development in the neighbourhoods, the development of the city’s transport, the launch of a new subway line, the resolution of the air problems in the capital. Another major priorities are  the provision of funds for nurses, teachers, social workers, the construction of new kindergartens and major reconstruction of 25 schools and kindergartens.

Sofia Tech Park opened two new spaces aimed at innovators, explorers, researchers, students, people with ideas, and anyone who would like to successfully realize an innovative  endeavour. The creation of Groworking Space and Club House in the Business Incubator Building starts with 35 comfortable working spaces, designed to meet the needs of small startups and developing technology teams. The space can also be visited individually by entrepreneurs, university students, students, and people whose projects are still in development. Working spaces can be hired short- or long-term. The tenants will also have access to areas for team work, rest, dining, conference halls, and other accompanying services. The users of Groworking Space will be able to connect with the expert teams of the 11 high-tech consultations, attend trainings, mentoring sessions, have access to events from the calendar of Sofia Tech Park, programmes, investment and continuing development opportunities for their own innovative projects. There is also a children area, a green park environment with outdoor fitness and a playground.

Club House is an autonomous part of Groworking Space and a multifunctional hall for formal and informal events, meetings, team buildings, screenings and other events in a contemporary designed setting.

The space of Sofia Tech Park will also develop and support its clubs of interest. Among them are Space Club – for cosmic sciences and technologies, Drone+Club, Entrepreneurs in Science, Robo Club in partnership with PARA Association, Artificial Intelligence in partnership with Cluster Artificial Intellect, and Innovators Anonymous, founded during Supersonic 2019 – the annual conference of researchers, inventors, entrepreneurship and investments. The event calendar includes a wide range of activities aimed at people interested in innovation.