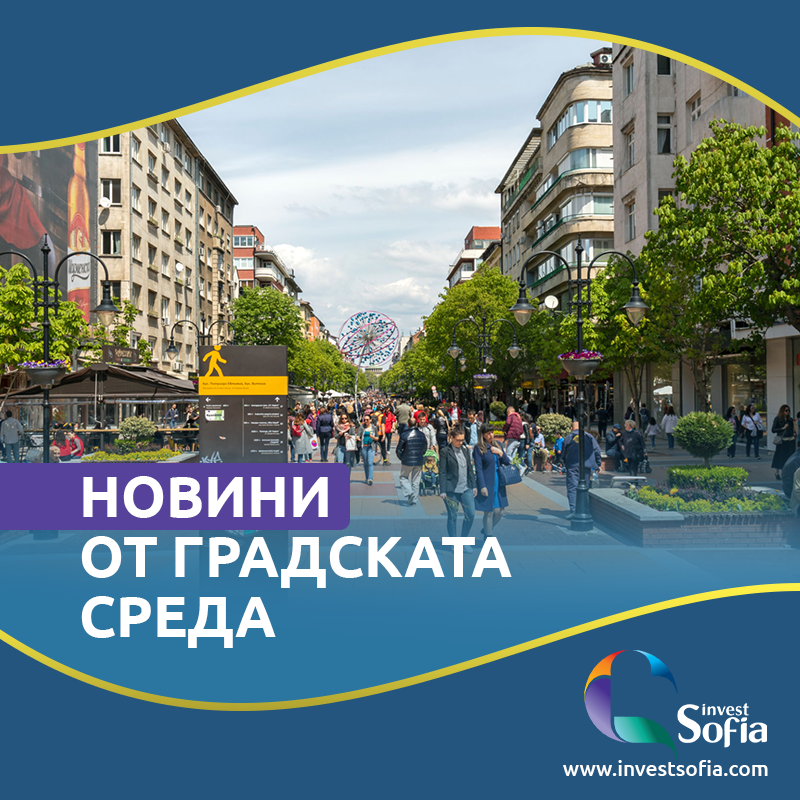 Since the beginning of July, the new electronic service for changing address registration in Sofia has already been fully integrated with the payment system of the Ministry of Electronic Government. All regional administrations are already working successfully with the system and delivering the service much faster. The service is available at  https://address.sofia.bg

According to Sofia’s Deputy Mayor for digitalization, Gencho Kerezov, the next goal is to upgrade the system so that it can also support other electronic services and its gradual transformation into a single electronic counter for serving citizens entirely via mobile phone.

Sofia will host the International Conference and General Assembly of CITY DESTINATION ALLIANCE (City DNA) between 19 – 22 April 2023. During the Conference, delegates will get to know the strengths of Sofia and Bulgaria as tourist destinations. Over 200 delegates from over 100 cities are expected to attend the event. Sofia has been a member of the organization since September 2021 and uses its networking with the other 116 cities from 38 countries in the programme to develop the city’s potential as a tourist destination, exchange of good practices on various city challenges, and more. City DNA network includes members cities such as Amsterdam, Athens, Barcelona, Belgrade, Berlin, Bratislava, Vienna, Cannes, Geneva, Istanbul, London, Tel Aviv, Monaco, Paris, Prague, Zagreb, Rome, Ljubljana, Zurich, etc.

For the third year in a row, the Calendar of Cultural Events of Sofia Municipality includes many outdoor opera and ballet performances. Performances from the programs of the “Water Muses” festival on Pancharevsko Lake and “Opera in the Park” are already underway in the green areas of the Military Academy “G. S. Rakovski ” where the programme is more oriented toward children’s audience. You can follow the programme for July, August, and September here:  https://www.operasofia.bg/repertoire/opera%20v%20parka  and here:  https://www.operasofia.bg/repertoire/Panchrevskoto%20ezero

An innovative project aimed at overcoming the negative consequences of climate change “Blue-Green Acupuncture” will be implemented around the amphitheater space in “Vazrazhdane” Park in Zone B-5.

The site in this highly urbanized area of the city will be transformed into a shared ‘cooled’ space for recreation and events.

Shading of the amphitheater with vegetation, construction of sprinkler systems and a rock garden with greens resistant to climate change are planned. To avoid the urban heat island effect, flooring made of natural materials with low thermal capacity in light colors will be used. A coating will be placed on the vertical parts of the amphitheater and benches to protect them from heating.

The space will be used for cultural and educational events to raise public awareness of climate change and adaptation issues.

The benefits expected from the implementation of the project are a decrease in temperature and a general decrease in the intensity of the urban heat island, an increase in air humidity and protection from ultraviolet radiation.

The funds for the project are a grant under Predefined Project No. 3 “Implementation of innovative measures for mitigation and adaptation to climate change in municipalities in Bulgaria” under the “Environmental Protection and Climate Change” Program of the Financial Mechanism of the European Economic Area.

Six touchscreen LCD screens at different locations in the city will provide useful information about sporting events in the city. The project is of the “Sofia – European capital of sports” foundation. Its purpose is for the citizens and guests of the city to be better informed about the sports activities of the Municipality and to discover new opportunities for an active and healthy lifestyle and sports, current events, clubs, etc. The screens will be able to provide those who wish and information upon request. Three of the displays are already active – in front of the “National Stadium”, “James Boucher” and “G. M. Dimitrov”. By the end of September, the other three will be included – in front of the “European Union” and “Vitosha” metro stations (next to the “Paradise” mall) and at the intersection with the UNSS in “Studentski Grad”. The Metropolitan Municipality announces the upcoming introduction of an online connection with a sign interpreter for administrative services for deaf citizens.

The project is yet to be approved by the Metropolitan Municipal Council Citizens will be served at a special counter, equipped with a technical means for establishing a three-way online connection during their administrative service. Bulgarian sign language translators are to be appointed in the Capital Municipality, who will be part of the Contact Center team.

It is planned that the three-way online connection will be introduced in the Capital Municipality by the end of 2022 in all 24 regional administrations and relevant tax offices, and in 2023 the implementation will begin in all other units of the municipality, municipal companies, enterprises, municipal cultural institutes etc. 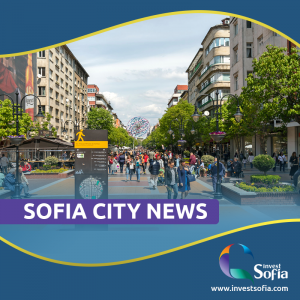