Sofia received the FrenchTech label and joined an international community of over 50 innovation and tech hubs around the world. The accreditation was awarded by the Ministry of French Economy with the support of the French-Bulgarian Chamber of Commerce and Industry.

French Tech is the collective name/brand that unites all participants in the French startup ecosystem, a government-backed movement created by entrepreneurs for entrepreneurs that help french startups grow in France and abroad. The organisation provides accreditation to French cities and French Tech Hubs abroad for their startup ecosystem and innovation potential. Stakeholders in FrenchTech are entrepreneurs, start-ups, investors, engineers, designers, developers, students, associations, bloggers, the media and public and private organisations focused on digital tech, medtech, biotech, cleantech, etc. start-ups.

Sofia Investment Agency was happy to represent Sofia Municipality in the event on the occasion of the official announcement of the accreditation of Sofia as a French Tech Hub organised by the  French-Bulgarian Chamber of Commerce and Industry and FrenchTech Sofia. CEO Vladimir Danailov joined the official opening with a congratulatory speech and an overview of the rapid development of Sofia’s entrepreneurial ecosystem and collaboration with France alongside Adrien Bacchi, President of French Tech Sofia, Stéphane Delahaye, CCIFB President, and Vessela Todorova-Mosettig Director of CCIFB.

Looking forward to future collaboration between Sofia and the international FrenchTech community. 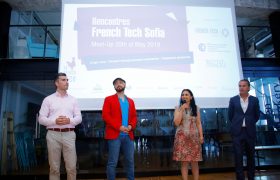 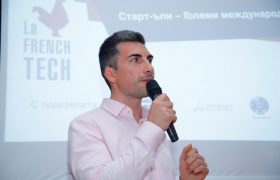 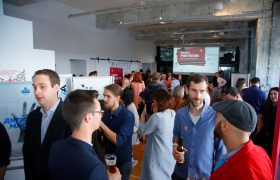