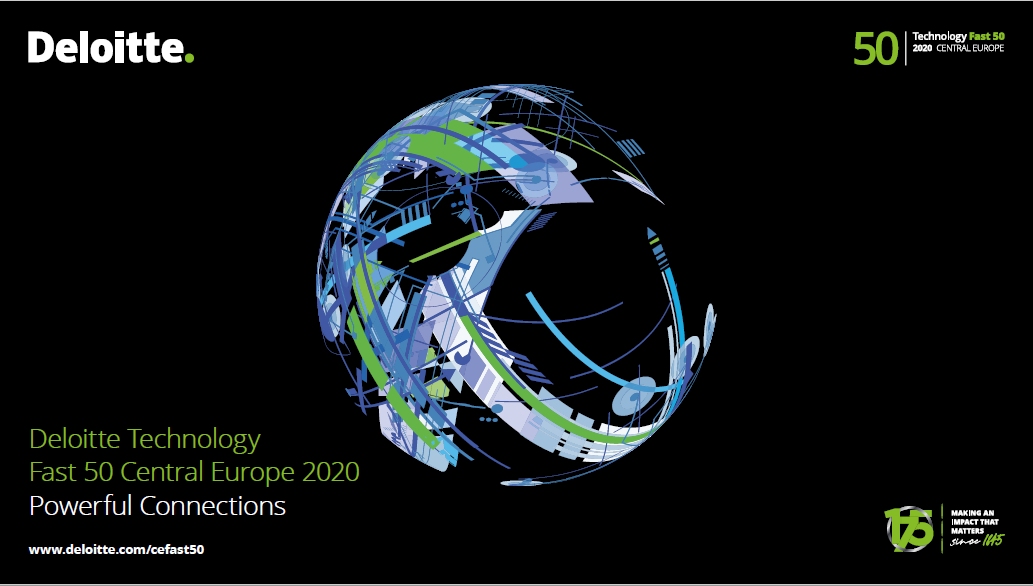 For the 21st consecutive time, the international consulting company Deloitte presented its “Technology Fast 50” ranking for Central Europe. Three Bulgarian software companies were also awarded in it. These are Coursedot, StorPool Storage, and CloudCart.

The report aims to rank the fastest growing technology companies in the region. The organizations’ main ranking criterion is based on percentage revenue growth over the last four years – a minimum of € 50,000 in 2016, 2017, and 2018 and at least € 100,000 in 2019. It should also be noted that financial data of the companies are provided by the entrants themselves and are gathered via Deloitte’s online survey tool. This information is then cross-checked and passes strict verification.

Coursedot ranks first among the Bulgarian organizations, standing 13th in the ranking with a growth of 1366%. The other two domestic companies – StorPool Storage and CloudCart, ranked 46th and 50th, respectively, with a 541% and 494% increase in operating income.

Two other Bulgarian companies find a place in the special section of Deloitte’s report – Rising Stars. This category includes two more Bulgarian companies – EnduroSat and NOTOLYTIX, which mark the growth of 405% and 267%, respectively. The Rising Stars section includes organizations that cannot currently meet the core criteria to be part of Technology Fast 50 but have development potential and over € 30,000 in operating income for the previous three years.

In this year’s edition of the report, Deloitte introduces a new section – Impact Stars. It includes three companies from each country in the region, which manage to positively impact at least one of the following categories through the product or service they offer: public life, the overall business environment, innovation, environment, and social diversity. The three Bulgarian companies that fall into this section are EnduroSat, CloudCart, and ESCREO.

The Bulgarian companies awarded in the various sections of the report are among the more than 300 applicants for participation this year. The year also marked a record average growth in the distinguished organizations’ operating turnover – 1460%. This shows that the business environment in the region is suitable for the development of the companies.

Nestle Bulgaria invested another BGN 23 million in a robotic production line at its factory in Sofia. The innovation was presented during an online event that included a virtual walk showing the factory’s innovations.

The investment is in a new production line of the KitKat brand, with an updated digital network that connects all machines to a single data system. In case a problem occurs, it can be solved remotely. In the current situation of an ongoing pandemic, the company considers this an opportunity of high importance to enable continuous production despite the circumstances.

“The new robotic production line guarantees faster and more efficient production at the Nestlé factory, and a safer working environment for the employees who will be trained to work with automated machines,” the company announced in an official statement.

Thus, Nestle Bulgaria works with two production lines that prepare and package 2.5 million bars of Kat Kat per day (or 1736 pieces per minute), prepared with Bulgarian flour. Of them, 95% are exported to over 35 countries abroad, including South Korea, Mexico, Qatar, South Africa, Singapore, and the Caribbean.

The factory has been operating in Sofia for 80 years, and owned by the Swiss giant Nestlé since 1994. The company employs 1,060 people, 60% of whom are employed in production activities.

The German Festo to invest 40 million euros in acquiring, designing, and building a new plant near Sofia. This will be the company’s third production facility in Bulgaria, as it has plants in Smolyan and Druzhba district in Sofia.

The plot near Sofia has an area of ​​about 20 thousand square meters for production, logistics, office space, and technical premises. They are expected to be put into оperation in 2023. The 40 million euro investment does not include production facilities. The new plant will take on the increased demand for components for industrial automation, sensors, control pneumatic cylinders, communication modules, controllers, servo motors.

In the next four years, Festo plans to open 150 new jobs in production and as many for the technical engineering center in Sofia in order to enlarge its software, electronics, and product design and development team.

Read more about the company’s plans in the publication and the interview with Georgi Atanasov, manager of Festo Production, by Economy.bg.

Three Bulgarian software companies have entered the Deloitte Technology Fast 500 ranking for the fastest growing companies in Europe, the Middle East, and Africa. These are Botron – with 503% revenue growth, Accedia – with 280% growth, and ScaleFocus – 185% revenue growth.

All three are Sofia-based companies, and the American Appfire acquired the highest-ranked – Botron, in June this year.

The Technology Fast 500 ranking is based upon available financial information over the years 2015 till 2018. It is important to note that the ranking covers companies that proactively and on their initiative, submit data on their activities, and not all potential companies. Another feature is that the ranking was closed on April 30, 2020, based on the available financial information covering the years until 2018. The number of organizations involved has not been modified based on the impact of COVID-19, and the condition of the listed companies might have changed since then.

This year’s edition ranks companies from 22 countries according to their average annual growth rate. The growth of the individual participants in the ranking varies from 157% to 39,754%.

The ranking is almost entirely dominated by companies in the field of financial technology and software development. The Top 5 includes three fintech companies, including the leader in the ranking – the British Revolut. Three of the top five companies are from the United Kingdom; the other two are from Germany. The list includes companies from Great Britain (98), the Netherlands (70), Germany (47), Sweden (46), and Belgium (35).