Three Bulgarian software companies have entered the Deloitte Technology Fast 500 ranking for the fastest growing companies in Europe, the Middle East, and Africa. These are Botron – with 503% revenue growth, Accedia – with 280% growth, and ScaleFocus – 185% revenue growth.

All three are Sofia-based companies, and the American Appfire acquired the highest-ranked – Botron, in June this year.

The Technology Fast 500 ranking is based upon available financial information over the years 2015 till 2018. It is important to note that the ranking covers companies that proactively and on their initiative, submit data on their activities, and not all potential companies. Another feature is that the ranking was closed on April 30, 2020, based on the available financial information covering the years until 2018. The number of organizations involved has not been modified based on the impact of COVID-19, and the condition of the listed companies might have changed since then.

This year’s edition ranks companies from 22 countries according to their average annual growth rate. The growth of the individual participants in the ranking varies from 157% to 39,754%.

The ranking is almost entirely dominated by companies in the field of financial technology and software development. The Top 5 includes three fintech companies, including the leader in the ranking – the British Revolut. Three of the top five companies are from the United Kingdom; the other two are from Germany. The list includes companies from Great Britain (98), the Netherlands (70), Germany (47), Sweden (46), and Belgium (35). 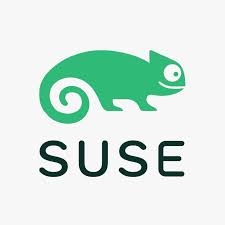 The German SUSE to Open an Innovation Hub in Sofia

The German SUSE to Open an Innovation Hub in Sofia