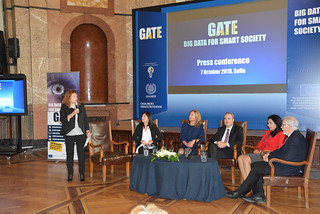 As part of the GATE project, a Big Data and AI excellence center will be established at Sofia University’s Lozenetz campus. The center will be part of a network of 55 Big Data centers in Europe and it will be the first one in Eastern Europe.

GATE project – Big Data for an Intelligent Society  launched in October with an event at Sofia University.

The project will receive seven-year funding totalling € 30 million from the European Commission under the Horizon 2020 program WIDESPREAD-01-2018-2019 Teaming Phase 2 with co-financing by the Bulgarian government and the industry. It will employ more than 100 people.

GATE is a joint initiative of Sofia University St. Kliment Ohridski, which acts as a coordinator, Chalmers University and Chalmers Industrial Technologies, Sweden.

The aim of GATE is to develop research capacity and innovative potential and to shape a new generation of young scientists capable of applying science to the benefit of the society. Innovations will be developed in three state-of-the-art technology labs – for modelling of processes in an urban environment (City Living Lab), for interdisciplinary industrial collaboration (Digital Twin Lab) and for virtual reality and visualization of big data (Open Visualization Lab). A newly constructed building on the Sofia University’s Lozenetz campus will host the center.

The laboratories will be at the heart of a vibrant ecosystem where innovative ideas will be generated, developed into projects and promoted in an effective collaboration with government, industry, academia and community organisations. For example, the labs will develop digital models of cities to support the planning of roads, buildings, the management of transport and urban traffic.

Thanks to multidisciplinary educational programs at European and global level, GATE will train excellent researchers and professionals in the field of artificial intelligence and big data. An educational lab will support the implementation of new methods for personalised and interactive learning.

“For the first time in Europe, there is a Center of Excellence with Bulgaria as a participant – it shows that young people, our young talents have their future here, in the country, and in Europe,” commented Ms Mariya Gabriel, European Commissioner for the Digital Economy and Society during the event for the official launch of the project.

As the only such center in Eastern Europe, GATE will be the liaison with the network of 55 Big Data Centers in Western Europe, and will play a strategic role in expanding that network and spreading best practices and innovative models, thus achieving a social impact at national, regional and European level. 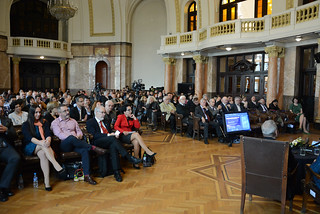