From Design to Assembling, Walltopia Built up the Tallest Climbing Wall in the World 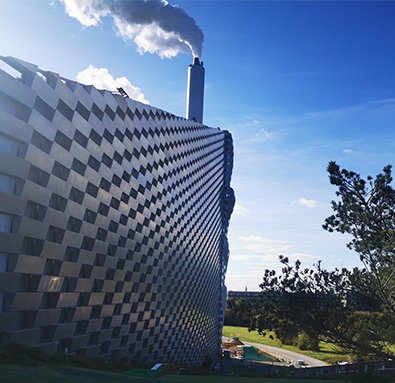 The Sofia-based Walltopia has built the world’s tallest outdoor climbing structure onto the side of CopenHill, a waste-to-energy plant in Copenhagen. The structure is 80 meters high and is designed, manufactured and installed entirely by the Bulgarian team of the company.

CopenHill is capable of converting 440,000 tons of waste into clean energy annually. The power plant is a 41,000-square-metre facility with an urban recreation centre and an environmental education hub, topped by a 400 metres long artificial ski slope, slalom course and green rooftop park with panoramic views of the Danish capital. CopenHill is part of Copenhagen’s goal to become the world’s first carbon-neutral city by 2025.

When the power plant went under construction, the owners of the building started a tender competition where all major climbing wall suppliers were invited. The Walltopia team won the project in compliance with all of the requirements related to design, fixed budget, appearance matching the building architecture, climbing routes with varying difficulty for a supreme climbing experience – all these on a scale that has never been done before.

The climbing wall is split into four 20 metres high pitches with rest areas that use the ledges of the facade of the building itself. The wall starts on a platform above the ground level to limit people from climbing without supervision. Walltopia had to find the right balance between appearance and functionality and to create a structure that matches the impressive architecture of CopenHill, to prevent blocking the light entering the building, as well as to choose building materials that will withstand the harsh Scandinavian climate. The 80 metres construction is made of materials produced in Bulgaria and is designed, engineered, and  assembled on site entirely by the Bulgarian team of Walltopia.

Find out more about the making of the CopenHill climbing wall here.

Walltopia, founded in Sofia in 1998, is the world’ s leading climbing walls manufacturer. The company has built climbing walls in more than 70 countries on 6 continents and has offices in the USA, the UK, Canada, Germany, Austria, Russia, China, the UAE and the Asia Pacific region. For its headquarters in Sofia, Walltopia has built its own office building on Tzarigradsko Shose Blvd, close to Sofia Tech Park, and has two manufacturing facilities – in Letnitsa and Bozhurishte. The company currently employs over 600 people.