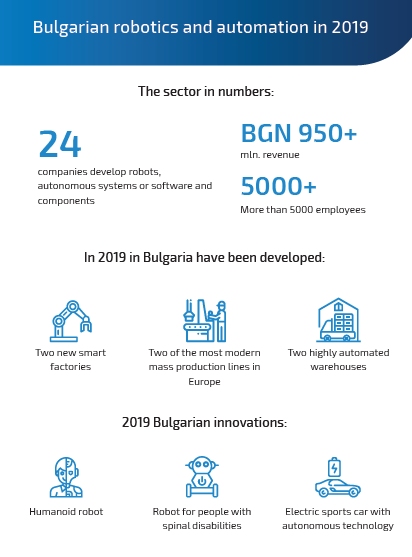 The Professional Association of Robotics and Automation 2019 (PARA) published its second annual report on Bulgaria’s success stories in robotics and automation. The report tracks the growth, investment and employment in the sector in Bulgaria and illustrates the development of industrial robots, robots in the services industry, as well as projects in the area of education. Festo, ABB, Coca-Cola, Zühlke Electronics, Ocado are just some of the good examples mentioned in the report along with many Bulgarian projects.

The two pages dedicated to the Agency’s activities offer an overview of our work on the Digital Transformation Strategy for Sofia, the creation of a new unit and the newly created position of Deputy Mayor in Sofia Municipality, responsible for the digitalization and innovation development of the city.

The Industry in Numbers

The sector’s revenues in 2019 added up to more than BGN 950 million. More than 5,000 people are employed in the industry. Twenty-four companies develop own products or services within robotics and automation. Apart from these companies, the Institute of Robotics “St. Ap. and Gospeller Matthew” at the Bulgarian Academy of Sciences carries out serious development activities, and more than 30 academies, clubs of interest, specialised schools and private schools train students and high school students in the field of robotics.

Some of the Achievements in the Robotics and Automation Sector in Bulgaria:

Two smart factories are expected to open in Bulgaria (Schneider Electric Bulgaria and Ataro Clima Ltd.), while many international leaders like Festo Production, Coca-Cola HBC Bulgaria, Mondelez International and many others have already chosen Bulgaria as their preferred destination to deploy their most modern production lines and to expand the network of their development centres.

The report also draws attention to the launch of some key scientific infrastructure projects, such as the Centre for Excellence in Big Data and Artificial Intelligence (GATE) and the Center of Competence for Quantum Communication, Intelligent Security Systems and Risk Management, and points out that Sofia was selected as one of the eight EU’s cities to host supercomputer centres.

For more information and latest news on robotics and automation in Bulgaria, you can follow the Facebook page of PARA. 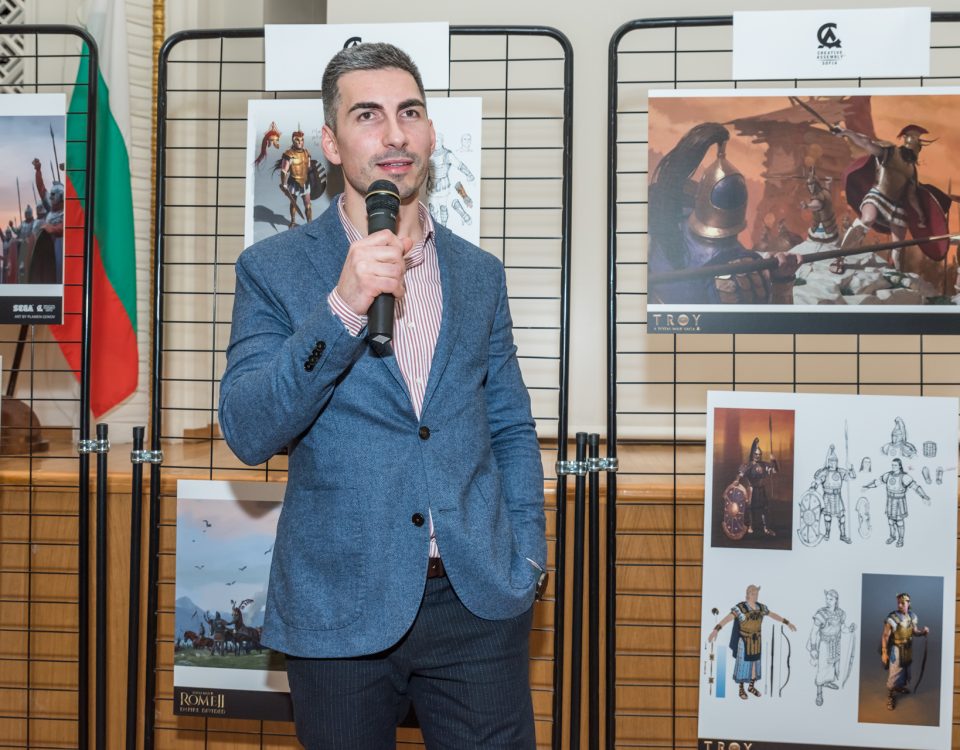