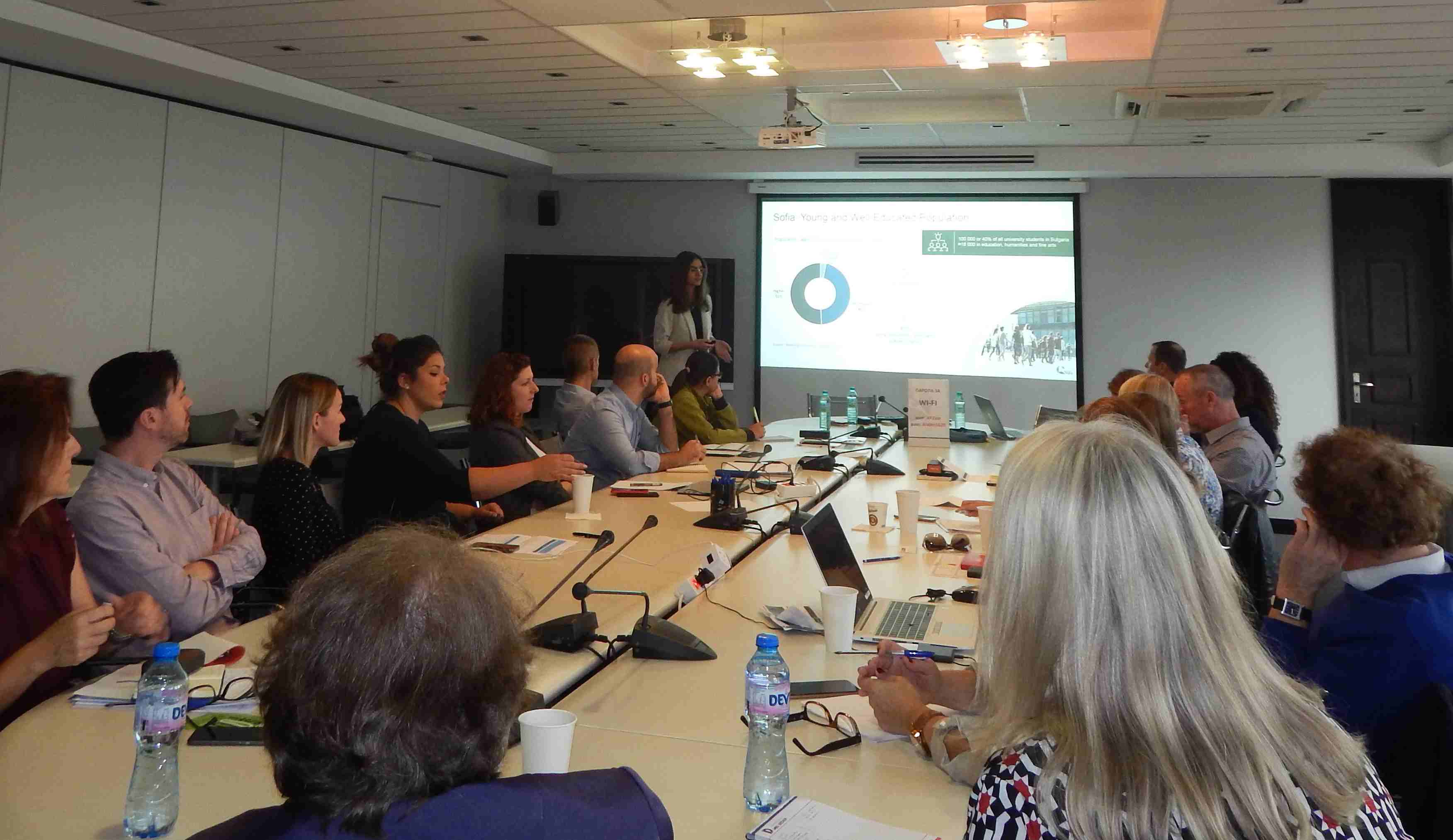 Ana Georgieva presenting the development of creative industries in Sofia

Invest Sofia presented the development of the creative industries in Sofia and Bulgaria to over 20 delegates from 12 countries at the official meeting of the international ‘Creative Industries’ sectoral group, part of the Enterprise Europe Network. We took part in the event at the invitation of the organizers from the Bulgarian Industrial Association (BIA).

Representatives of large international organizations from the UK, the Netherlands, France, Poland, Italy, Portugal, Germany, Denmark, Sweden and other countries took part in the sectoral group. The delegates represented innovation support agencies, a regional development bank, chambers of commerce and industry, import/export agencies, etc. The group comprised specialists responsible for the development of the creative sector and the promotion of international collaborations and partnerships in their respective organisations.

The creative industries are among Sofia’s ten priority sectors and include over 10 different sub-sectors. The fastest growing sub-sectors at the moment are the ones that combine creativity, technology and innovation – e.g. audio and video production, digital visualization, creative IT applications, architecture, design, augmented and virtual reality, and more.

For many of the delegates, it was their first time visiting Sofia, and they were curious to learn more about the general economic situation and creative potential of the city, as well as the opportunities for cooperation with Sofia-based companies.

The presentation-discussion focused on the development of the business and creative ecosystem in Sofia, and in particular on the two creative sub-sectors with the highest added value – film production and gaming. We presented detailed statistics and success stories of creative Sofia companies, and provided an overview of the initiatives by Sofia Municipality and Sofia Investment Agency facilitating Sofia’s economic development and the internationalization of local businesses.

The delegates were impressed by the rapid development of the creative industries in the city, the innovative potential of the local startup ecosystem and the high quality of life in Sofia and expressed interest in future partnerships and joint creative initiatives.