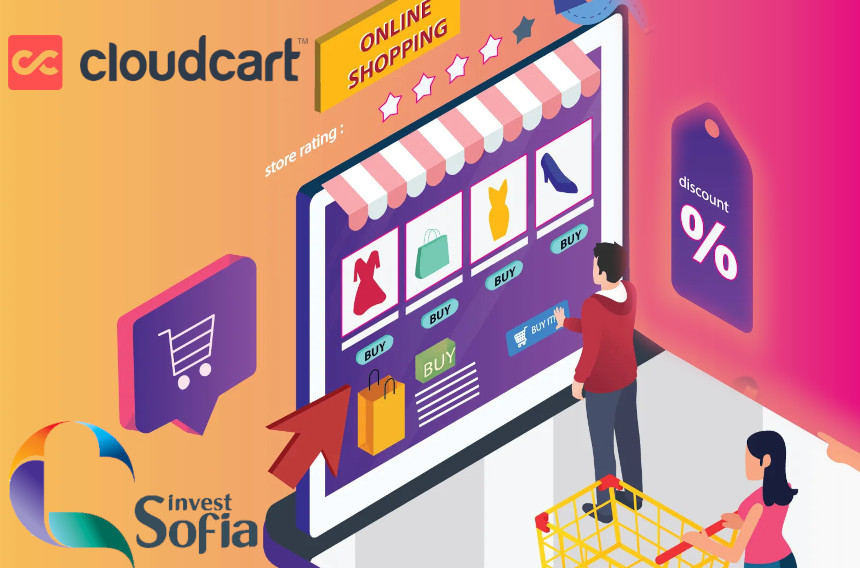 The included companies will be able to start their online business with services and expert consultations provided free of charge by the initiative’s partners‌ – ‌The Bulgarian Small and Medium Enterprises Promotion  Agency (BSMEPA), CloudCart, ‌DSK Bank, and  ‌Mastercard.‌ ‌ ‌

We are announcing the invitation on behalf of the team of CloudCart – a Sofia-based company ranked in Top3 in the world e-commerce industry according to Newsweek. CloudCart software allows you to quickly and easily build an online store with a wide range of pre-integrated features and marketing tools that lead to quick sales without the need for programming skills. Together with CloudCart, we share a common goal – to help entrepreneurs start and grow their business.

Apply for participation in “Successful together. Grow your business online.” by April, 2020.

Find out more about the initiative and an application link here 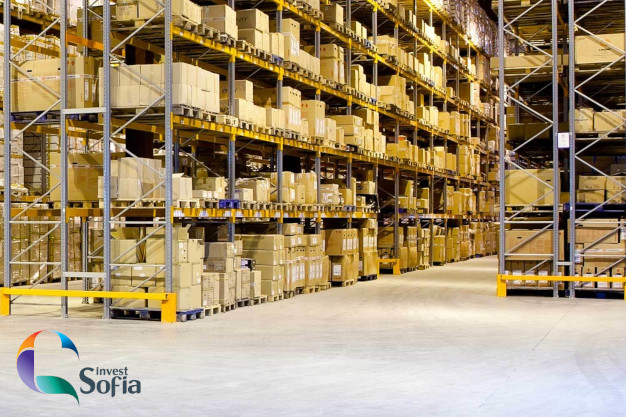 Logistics, Retail and Distribution Companies Remain the Major Driver on the Market

The advisory company “Cushman & Wakefield Forton” published its Q4 2020 reports on the state of the industrial, office and retail market. According to the data, the completion of 43,930 sqm production and logistics space provided significant input to the industrial market stock in Sofia in the last quarter of 2020. With the new completions, the modern industrial stock in Sofia reaches almost 1.4 mln sqm, with logistics, retail and distribution companies still being the major driver of the Sofia industrial property market.

Rents in Sofia remain stable, with prime rates in the range of 4.2-4.4 euro/sqm for mid-sized units and slightly below 4 euro/sqm for larger premises, above 10,000 sqm.

The situation on the office space market is different. According to Cushman & Wakefield Forton, 2020 was the weakest of the last five years. The amount of rented space dropped by 39% compared to the previous twelve months. The new completions are lower than expected – roughly 93,000 sqm in 2020 and most buildings obtained use permits with high vacancy rates.

Some companies reconsidered their office space needs, offering part of their premises for sublease. According to Cushman & Wakefield Forton’s research, this supply accounts to about 10% of the available space in Sofia or  28,046 sqm.

Prime asking rents in the central business districts remain unchanged at 15 euro/sqm. The main road and suburban areas’ rents registered a slight decrease. At the end of 2020, Class A projects alongside main boulevards are relatively stable at 12-14 euro/sqm. The increase of vacancy is expected to keep rents under pressure in the coming months, especially in areas with new office construction, the report states.

The average vacancy rate in shopping centers in Sofia slightly decreased in Q4, before the second lockdown, to 7.9%, having reached almost 9% in the previous quarters.

After slight decrease in the previous quarters, the asking rents in Sofia stabilised in the end of 2020 at 53 euro/sqm on average for high street locations and 36 euro/sqm for shopping centers. However, the volatile market keeps rents under pressure. Rents in the retail parks remain unchanged, in the range of 8-10 euro/sqm.

EIB: Over the Next 3 Years, Bulgarian Companies Plan to Invest Mainly in Capacity Expansion and New Products and Services

At an online conference, the European Investment Bank (EIB) presented the results of its annual survey on the corporate investment landscape in Bulgaria. The event was held on February 8 and was organized jointly with the Ministry of Finance. The presentation of the results for Bulgaria is part of a series of events in all EU countries. TThe survey is based on 12 000 companies across the 27 Member States countires.

Should you be interested, you can get the EIB Investment Survey for Bulgaria here https://www.eib.org/en/publications/econ-eibis-2020-bulgaria, and below are some of the main conclusions.

Highlights of the report 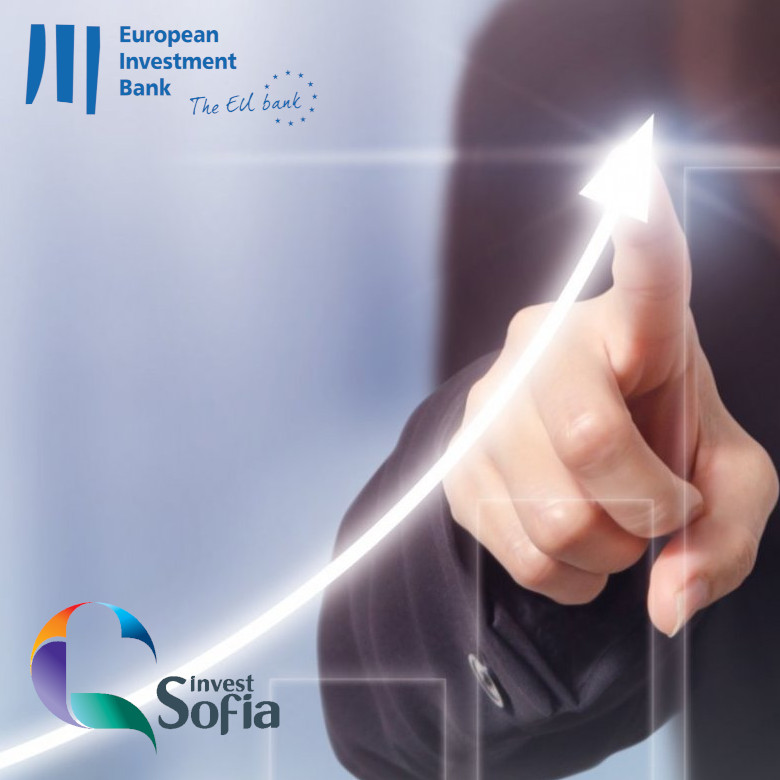 The COVID-19 crisis has affected companies’ investment strategies this year, with more than a half of them (53%) stating that they will either invest less (46%) or invest more than planned (7%), which is close to the EU averages.

Almost 59% report operating at or above full capacity in the last financial year. In the next 3 years, enterprises plan to invest mostly in capacity expansion (34%) and new products and services (27%).

Almost one third of all firms claim to have developed or introduced new products, processes or

services (28%) which is close to 2019 results but well behind the EU average (42%). More than 55% of all companies have implemented (fully or partially) at least one digital technology. This is below the EU average of  63%.

Both in BUlgaria and in Europe, the businesses are less optimistic about the overall economic climate. The most cited long term barrier to investment in Bulgaria is uncertainty about the future (86%). This is above the EU average (81%).

Around eight in ten firms in Bulgaria (83%) and EU-wide (80%) report that they were generating a profit in the last financial year. Internal funding was the main source of investment in

In 2020, 37% of the Bulgarian companies have invested in measures to 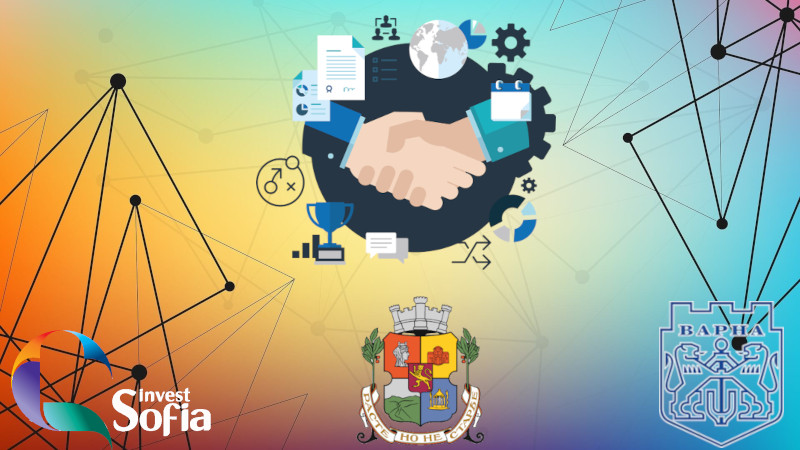 Sofia Investment Agency is negotiating a partnership agreement with Varna – another large city in Bulgaria, to work together to attract foreign investors to our country. The cooperation between the two cities will be part of the joint initiative launched at the end of last year between Sofia and Plovdiv to build a national union of the major industrial centers in Bulgaria.

The partnership with Varna will be signed between Sofia Municipality and  Varna  Municipality. It will aim to develop investment profiles of the cities and through joint efforts and a unified marketing strategy to attract strategic investors to the location with the most appropriate profile.

According to the Institute for Market Economics, Varna Region reports moderate investment activity. The number of enterprises remains high (70 per 1,000 compared to 59 for the country), and domestic and foreign investment is growing. Foreign direct investment reaches EUR 3968/person (compared to EUR 3560/person in the country).

Varna Municipality is working to develop a business-friendly environment that will allow sustainable growth and the establishment of high value-added businesses. In recent years, large companies have expanded their activities in our country by opening offices in our Black Sea capital. At the end of last year, Paysafe chose Varna as its first office outside Sofia for Bulgaria. Sofia-based Pontica Solutions also chose Varna for its second office in the country.

We believe that Varna Municipality is an important partner in our initiative for the national coalition of the major industrial centers in our country, and we will be able to exchange best practices, as well as implement the most appropriate investment projects for both cities.