First Exit of the Year: the Sofia-based Prospecto Group Becomes Part of the German Offerista Group 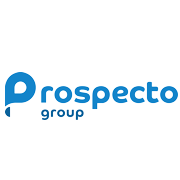 The Sofia-based Prospecto will be acquired by the German Offerista Group. Both companies are developing digital retail marketing platforms that bring together the offerings of retail chains.

Offerista works with retailers in Germany, Austria, Switzerland and France. Prospecto Group is one of the leading companies in Central and Eastern Europe and collaborates with over 100 retailers and brands in 16 countries in the region. In addition to Sofia, Prospecto has offices in Budapest and Bucharest. With the acquisition of the Bulgarian company, Offerista Group will expand its business to new markets in Europe and to nearly 40 million customers.

The terms of the deal have not been disclosed, but Prospecto announced that the company will continue to be managed by its founder and CEO Ognyan Popov after the acquisition. The Sofia-based company was admitted to the pilot edition of the Dare to Scale growth program by the Bulgarian office of Endeavor. The program is aimed at scale-ups with big potential for future growth.

You can find more information about the exit in the blog of Endeavor Bulgaria.