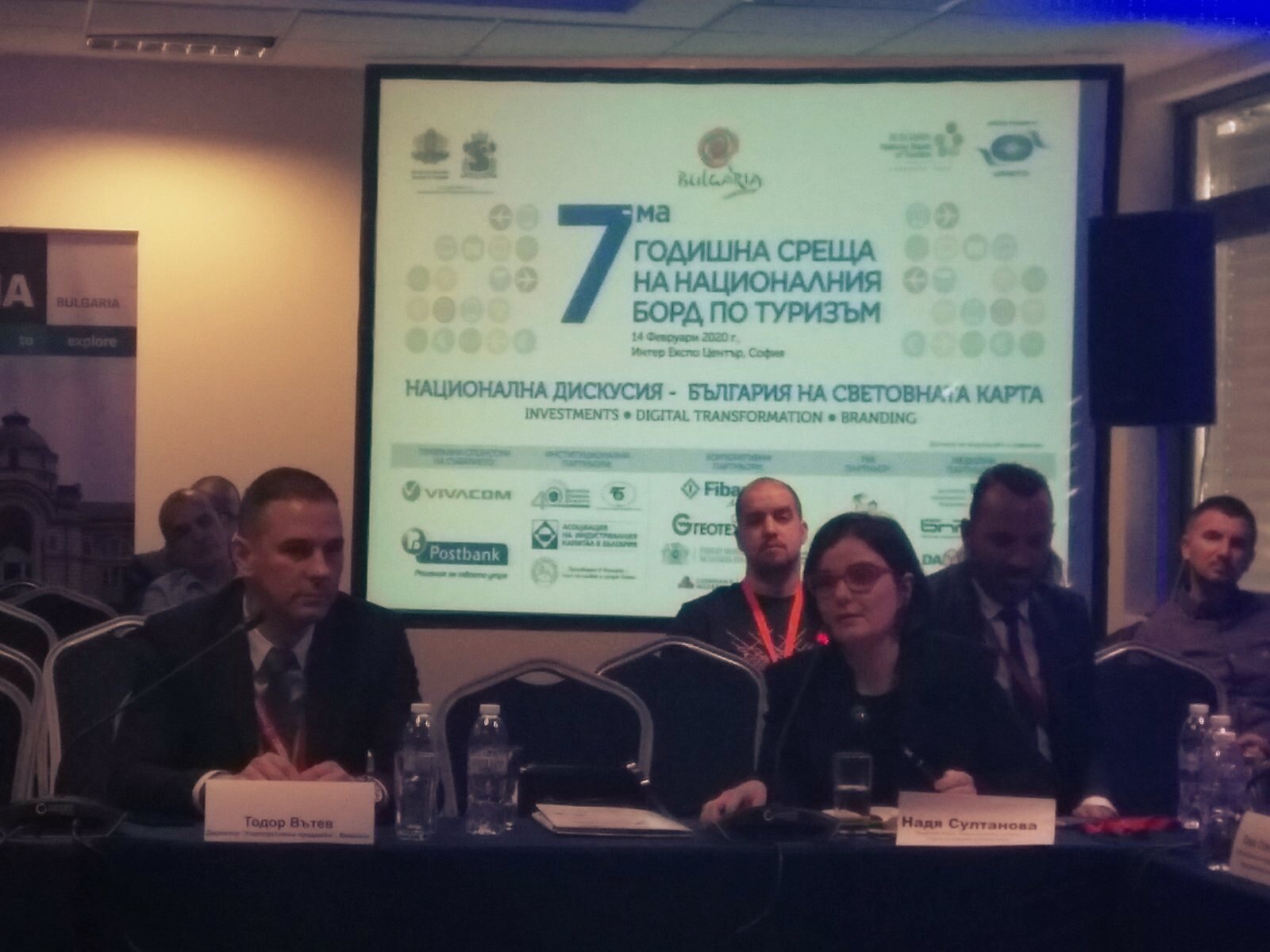 The 7th Annual Meeting of the National Board of Tourism took place on 14 February in Sofia. Nadia Soultanova, Head of Investment and Business Development at Sofia Investment Agency participated in the discussion ‘Bulgaria – Digital and Shared Economics’ and presented the main principles of the Digital Transformation Strategy for Sofia.

‘The opening of data will allow the development of many new products, and tourism is one of the sectors that can benefit a lot from new data-based solutions,’ commented Nadia Soultanova and added that the digitalization process should be based on suggestions and priorities assigned by the ecosystem itself.

‘We look at digitalization as a broad process that includes not only the digitalization of services but also the whole urban environment as a creator of markets and а driving force of economic development. The principles in the Strategy will also be carried in the activities of the newly formed Digitalization, Innovations, and Economic Development department of Sofia Municipality, that was established at the beginning of this year’.

The annual meeting was opened by the Minister of Tourism, Mrs. Nikolina Angelkova, and the Mayor of Sofia, Mrs. Yordanka Fandakova. Sofia Municipality is actively working on the development of a vision for Sofia. In accordance with the Strategy for Development of Sofia as a Tourist Destination 2017 – 2030, this year Sofia will start work on a new project for the creation of a product brand of the city, announced the Mayor of Sofia.

More news and data from the sector mentioned during the meeting: