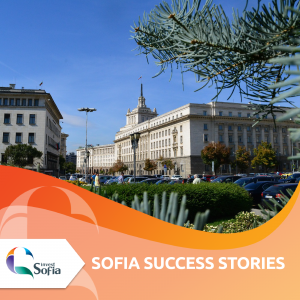 Etem Gestamp announced an investment of over 60 million euros for the expansion of the production facilities, cutting edge technology and a fully automated internal logistic solution to its production unit in Sofia. The project will create over 130 new jobs for skilled personnel over the next 2 years. The start of series production is scheduled for early 2023. Invest Sofia is to issue a Green Card for administrative services to the company.

In Sofia, Etem Gestamp manufactures aluminum elements and profiles for the automotive industry and supplies products for major brands such as BMW, Jaguar, Land Rover, Audi, Porsche, VW and Daimler. The production unit of the Greek-Spanish group is situated in Iliyantsi Industrial Zone and started operating in 2019 as an investment of the joint company between Etem Bulgaria, part of the Greek Viohalco, and the Spanish Gestamp. The plant manufactures various profiles and parts for chassis, doors, safety and accident management systems, battery components and fasteners for electric vehicles and exports products to Europe, China and Mexico. Here, Etem Gestamp also has an R&D center that supports the company’s customers during the implementation of various product design projects.

Festo Production, the Bulgarian company of the German leader in the production of magnetic sensors Festo, also announced a new investment at its plant in Sofia. The company will invest BGN 20 million in expanding its base and will increase the number of its employees by 30%. Thus, the unit in our country will become the second largest center after the one in the company’s headquarters in Germany. In Sofia, Festo also has its own R&D center, which works with the German development department on joint production projects. Festo’s plant in Sofia manufactures over 1,300 types of products and is a world leader in the production of various types of sensors and accessories, as well as connector cables.

Melon Group is a fast-growing software engineering company based in Sofia and with offices in North Macedonia and Kosovo. Its team consists of 300 web, mobile and data specialists. Melon Group’s portfolio includes medtech, fintech, banking, and human resources tech solutions.

Kin + Carta’s investment is part of its plans for expansion in South Eastern Europe, as the company looks to build a new European delivery hub. For the Sofia-based Melon, the acquisition is an opportunity to make the most of the significant leap in the search for digital transformation solutions as a result of the pandemic and to become part of a global business.

Launcher, a California-based spacecraft company, relocated its Ukraine staff to Sofia soon after the Russian invasion in Ukraine. The Bulgarian capital became the home of the new Launcher Europe office after the company opened an office and housed entirely at its own expense its employees and their families from the Ukrainian city of Dnipro.

The team of 11 experts is working on the Launcher E-2 liquid rocket engine design. The company continues to support five other employees who have decided to stay in their homeland and is ready to assist in their relocation to Sofia.