IME’s Regional Profiles 2020: Sofia Is a Leader in Investment Activity and Has the Largest Number of Companies – 91 per 1000 people

Sofia is an indisputable leader in investment activity, has the largest number of companies, and the attracted foreign direct investments are significantly higher than the national average reaching EUR 9361 / person per capita. The data are from the ninth annual study “Regional Profiles 2020” of the Institute for Market Economics (IME), presented on 26 January in a live broadcast on Facebook.

According to the report, Sofia is also the indisputable leader in terms of investment activity. It shows the highest investments in tangible fixed assets – BGN 5568 per person at BGN 2750 on average for the country. The attracted foreign direct investments are also significantly higher than the average for Bulgaria – EUR 9361 per capita. The number of working enterprises reaches 91 per 1,000 people, with an average of 59 per 1,000 people in the country. 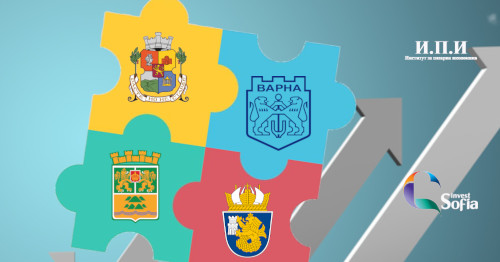 City government has received a high assessment as well. Sofia administration’s work has been recognized as the most transparent in the country and has the highest rating for the development of e-government and the provision of “one-stop-shop” administrative services.

According to the report, Sofia is the region with the highest gross domestic product (BGN 33,437.00 per capita) and the highest salaries and incomes. The employment rate reaches a record level of 76.4% (compared to 70.1% in the country). The lowest value in Bulgaria’s modern economic history is noted by the unemployment rate – 1.6% (compared to 4.2% in the country). The average annual gross salary in Sofia reaches nearly BGN 19,000 and exceeds Bulgaria’s average by over 38%.

Sofia remains the area having the workforce with the highest educational attainment levels. It has the most favorable demographic structure and is among the few regions that continue to attract people showing a positive mechanical population growth rate of 2.4%.

Sofia has weak performance in only two criteria – taxes and fees and security and justice. The first is due to the fact that the capital has the highest local taxes in the country and the second – to the increased workload of judges and the relatively large number of crimes.

The annual study “Regional Profiles” by IME is the only one of its kind in terms of scale and depth of the social and economic situation of the 28 regions in Bulgaria. The analysis is based on 64 indicators and this year it focuses on the labor market and the effects of the COVID-19 pandemic.

Watch a recording of the live presentation of “Regional Profiles 2020” – click here.

Detailed data about Sofia are available on the IME website here – https://www.regionalprofiles.bg/bg/regions/sofia-grad/, as well as in this document