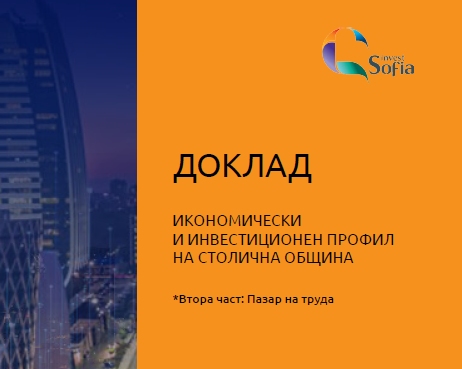 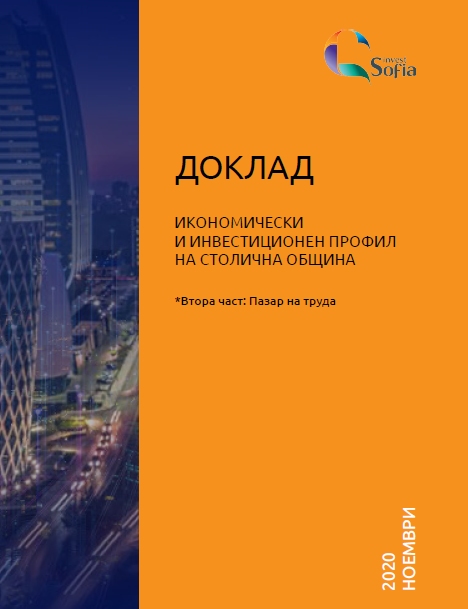 You can now download from our website Part II of our report ‘Economic and investment profile of Sofia Municipality 2020’, with data on Sofia’s labor force and labor market.

The analysis shows that the employment rate in Sofia Municipality reaches 76.5% for the population between 15 and 64 years of age, against 70% on average for the country. However, against the background of declines in employment in the first three quarters of 2020, it is highly likely that these records will not improve in the near future.

The distribution of employees in Sofia generally follows the structure of output in non-financial enterprises. The exception here is the ICT sector, which makes 14% of the production, but only 10.5% of employment, reflecting its employees’ high added value. Trade also has the largest share in employment (19.8%), followed by the ICT sector (10.5%) and manufacturing (8.3%). In terms of dynamics, the sectors with the fastest-growing number of employees are expected to be ICT and outsourced, given the considerable accumulation of new investments in them. It is they, and mainly the ICT companies, which create some of the more stable jobs. In the course of the crisis, hotels, restaurants, and to a lesser extent, trade, transport, and construction were the sectors that began to lose jobs the fastest. In this sense, further profiling of the capital in high technology can only have a positive impact on the flexibility and resilience of the local labor market. Тhis, however, depends on the education system’s capacity to create and rapidly prepare well-trained staff.

Given the high productivity and added value of workers in Sofia, it is not surprising that the country’s highest salaries are distributed in the capital.

In 2019, the average gross salary in the municipality reached BGN 19 thousand per year, or 38% higher than the national average of BGN 13.8 thousand. The average growth in the capital surpasses that in Bulgaria as a whole – salaries in Sofia have doubled within the last decade.

– The share of the population in the most active ages in Sofia is significantly higher than that in the rest of the country, especially regarding 30-34 and 35-39-year-olds;

– The municipality is one of the few which opens new schools, and the number of students has grown in recent years – to up to 150,000 students in the 2019/20 school year;

– The unemployed in Sofia has reached 11.9 thousand people with an unemployment rate of 1.8% of economically active people – the lowest among the country’s municipalities and almost three times below the average for Bulgaria’s labor market, amounting to 5.9%.

Read more details in the full document (in Bulgarian).