“Why Sofia?” with Imperia Online JCS, part of Stillfront Group 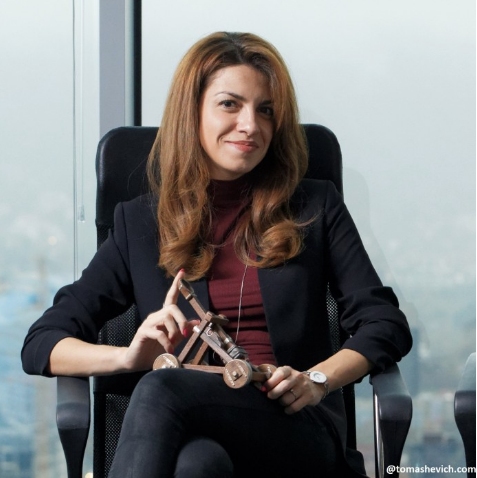 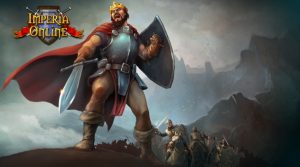 Imperia Online JSC is one of the biggest game developer and publisher companies in Southeastern Europe with 25 released games. The company’s flagship titles are medieval MMO strategy games, available on mobile, browsers, social networks and Steam. For almost a year, the company is part of Stillfront Group. The Sweden-based group of independent game creators has acquired the Bulgarian games studio for €10 million ($11.8 million), enabling it to expand its portfolio of online games.

The idea for the eponymous game – the real-time strategy Imperia Online – was born back in 2005, when Dobroslav Dimitrov – the designer of the gameplay – and Moni Dochev – freelance programmer (at the time) – crossed paths. Back then Dobroslav, in his role as the then owner of one of the largest chains of Internet cafes ‘Xaoc’, bought license for time tracking software, developed by Moni. Hopping from one business meeting to another, it became clear that they both are fans of Age of Empires. Soon after that the detailed survey and the extensive groundwork laid for the gameplay mechanics took shape in a prominent way – Dobroslav’s business plan. Moni and Dobroslav launch the project with the clear aim in mind to create the number one browser title of all MMO games on the market.

Today, Imperia Online has over 45 million users worldwide who appreciate the efforts to offer only superior products and reward Imperia Online JSC with loyalty, high ratings and flattering comments on all platforms. For almost a year, the company is part of Stillfront Group. Over 70 professionals work in the team in Sofia, almost half of them are women. 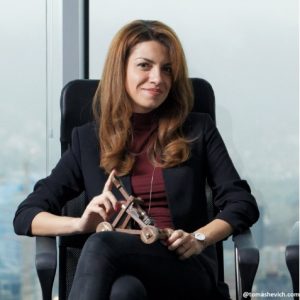 Mariela Tzvetanova, CMO at Imperia Online, tells us what makes Sofia a place to launch and develop a successful business.

Please tell us briefly about Stillfront’s investment in Sofia?

We were simply a natural fit. The Stillfront Group acquired Imperia Online for €10 million ($11.8 million). €5 million is payable in cash to Imperia Online’s former owners, while the other €5 million is payable in 269,412 newly issued Stillfront shares, which are traded on the Nasdaq First North. The value of the deal could raise to €27.5 million ($32.8 million). This acquisition enabled the group to expand its portfolio of online games.

What does The Stillfront Group do in Bulgaria and outside?

Stillfront is a global group of gaming studios and a market leader in the free-to-play online strategy games genre. The company is headquartered in Stockholm, Sweden and is listed on Nasdaq First North Premier. The main markets are the US, Germany, MENA, France and the UK.  Imperia Online is Stillfront’s tenth subsidiary. All 12 studios now part of the group are independent, and together they form the biggest European group of game companies.

To what do you attribute Stillfront Group’s acquisition of Imperia Online?

Stillfront’s strategy is similar to the one we are employing at Imperia Online: long-term relationships, targeted acquisitions and development of game engines that last. There are also lots of synergies between Imperia Online and the other group members, since all of them are MMO developers. In addition, Imperia Online creators also founded IT Talents, which is an amazing academy for developers. All studios can count on engineering power from Sofia, when they expand. For us, joining all these like-minded companies is a new era in our history as a company and we are extremely excited to exchange and learn within the group.

Many game companies are doing business here for more than a decade. Ubisoft Sofia, founded in 2006, with 160 employees. Among the rest, which are well-known internationally and located in Sofia are Gameloft, Creative Assembly, Haemimont Games, XS Software, Playwing. Sofia is one of the most multilingual cities in the world, with a highly educated population, sometimes speaking several languages (English, Russian, French, German, and others), therefore Telus International – customer support for many games – have their biggest support centers here.

The corporate and individual income taxes are both at flat 10% rate, currency is pegged to EUR, VAT is 20%, home high speed internet packages for less than 10 euros per month and internet connection is extremely fast as a whole and there are unlimited mobile phone packages. For those willing to set up a new company, it is in no more than 3 working days, costing less than EUR 100. Sofia also has productivity and labour cost advantage. When compared to Western Balkans countries, Bulgaria and Romania, seem significantly more competitive. The whole ecosystem of highly educated and experienced engineers is extremely impressive and motivating investments.

How do you see the overall business climate in Sofia today?

As The Start Up hidden champion of Europe, with over 150 ventures, which received support to set their beginning in Sofia, Bulgaria, ranked among the top 3 start up hot spots in Europe for 2013. Companies like Swipes, Dronamics, Walltopia, BGmenu and Halfbikes, just to name a few, are all a product of this amazing startup ecosystem.

Lack of skilled labour and the continuous brain drain from Sofia to Western Europe. We decided to make a change with IT Talents, but there are still not enough game designers and digital artists. Both areas could be covered by local universities with new specialist. The challenge is the perception of gamers and game industry in Bulgaria- people still do not see it as science, cannot appreciate the efforts behind creation of games, there’s lack of information about the industry, its opportunities and scale. There is also the chance to invest more into infrastructure and technologies that could allow us to catch up faster, following in the footsteps of other tiny countries that have become champions in specific areas such as Estonia in the digital economy or Slovakia in automation.

How do you feel about Sofia and Bulgaria as a place to live – transportation, food, travel, prices, education, medical services? –

Transportation is not that developed. Food can be considered expensive looking into the low income of Bulgarians. You can rent a nice apartment – 50m² flat in the center of Sofia in a new building for not more than 300 euros per month. Certain medical services like dentists are very affordable, great specialists in other areas, too. Education in IT and foreign languages is at impressive level and not expensive at all. If I have to sum up, Sofia is my favorite place because of the entrepreneurial spirit, talented people, social life, multilingual culture and location.. of our office (laughing).