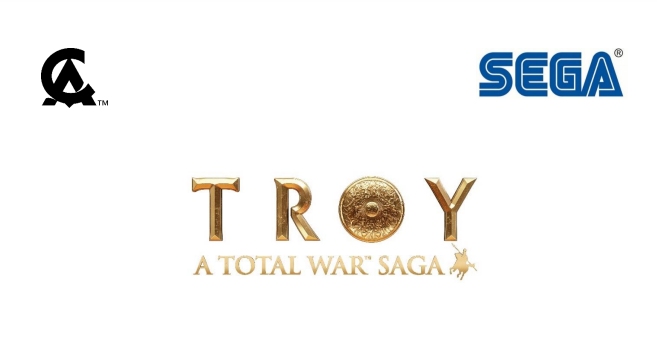 SEGA® Europe Ltd. announced Creative Assembly’s thrilling new strategy title reconstructing one of the greatest stories ever told, A Total War Saga: TROY™. This is the first standalone title of the Sofia-based studio after its acquisition by Creative Assembly in 2017.

A Total War Saga: TROY™ is inspired by Homer’s Iliad. The game exploits the legacy of some of the most popular heroes during the late Bronze Age and more specifically during the events surrounding the Trojan War.

In TROY, the fate of Aegean civilisation will be in the hands of the players; each choice they make will shape the lands from the mythical heights of Mount Olympus to the arid deserts of Anatolia. They will be able to experience history as it may have happened in the Iliad or shape the legend for themselves. The game follows the myths and legends in Homer’s epic poem peeling them back to reveal the realities that may have inspired them. The battlefields will tremble under the feet of renowned warriors like Achilles and Hector but it will take more than brute force alone to lay claim to the legendary city of Troy. Players will need to deftly manage a barter economy, conduct diplomacy among friends and foes, and curry the very favour of the Gods themselves before etching your name in the annals of history.

With the support of the English studio, the Bulgarian branch of Creative Assembly is the leading studio in the development of the game. The local team is responsible for all major components of the game, including stories, design, units, game mechanics, art, animations etc.

A Total War Saga: TROY will release on Steam for PC in 2020. Add it to your wish list here.

Creative Assembly is one of Europe’s leading games development studios, founded in 1987 and located in West Sussex, UK and in Sofia, Bulgaria. With a heritage of award-winning AAA titles, including the multi-million selling Total War™ series, Creative Assembly continues to build an impressive portfolio of games and world-renowned partnerships; working with Games Workshop on Total War™: WARHAMMER®, Twentieth Century Fox on Alien: Isolation, plus 343 Industries and Microsoft on Halo Wars 2. Creative Assembly has, with their exceptionally talented team of over 500, amassed a wealth of awards, including multiple Best Place to Work awards and recent accolades from BAFTA, Music+Sound and Develop’s Industry Excellence awards. www.creative-assembly.com