Germany is the Second-Largest Foreign Investor in Bulgaria 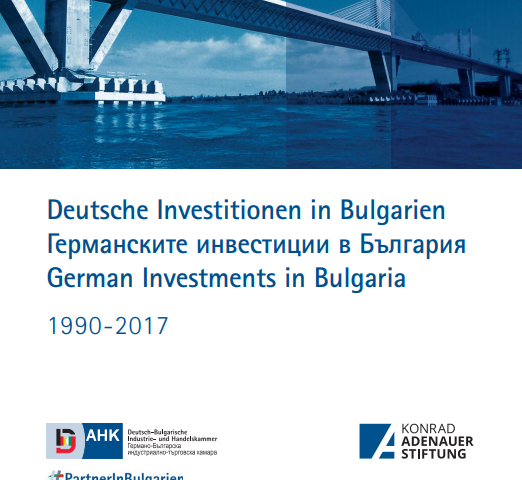 According to the official statistics, the share of foreign direct investment from Germany reached 8.49% of all FDI in Bulgaria. Thus, Germany becomes the second-largest foreign investor in Bulgaria, after The Netherlands. The third one is Austria.

The calculation includes natural or legal persons in Germany who invest in Bulgaria not directly but through their subsidiaries in other countries. Thus, according to the IME calculations, official statistics so far (6.8%) have underestimated the German investment in Bulgaria with about 25% or BGN 1.4 billion.

The most indirect German investments in our country come with the intermediation of companies from Austria, Italy and The Netherlands.

Three main economic sectors attract most of the investments (direct and indirect) – manufacturing (42%), trade (43%) and financial services (9.3%). The highest concentration of investments is in Sofia, Varna, Gabrovo, and Rousse. The entire survey of the German Investment in Bulgaria 1990-2017 can be found here. According to the second report, German-Bulgarian Trade Relations (2001-2018), the volume of bilateral trade places Bulgaria among the top 20 of Germany’s most important trading partners within the European Union. In terms of trade turnover, Bulgaria ranks 41st among 234 countries and territories in the world with which German companies trade.

In the full research, you can find information about the Bulgarian trade with each of the German provinces and the structure of the trade by sectors. Read it here.