The Startup Ecosystem in Bulgaria According to the InnovationShip 2019 Report

Sofia and Bulgaria in the Charts 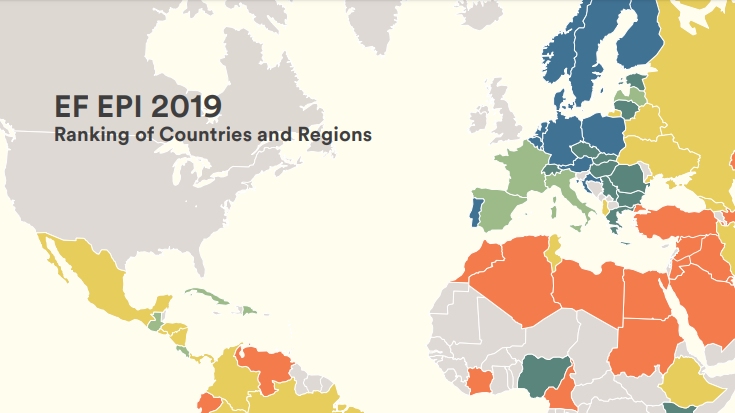 The international rating agency S&P Global Ratings upgraded Sofia’s long-term credit rating from BBB- to BBB with a ‘positive’ outlook. The agency expects Sofia Municipality to continue to maintain the high level of own revenues as it has before, and the results of the local elections are considered a sign of continuity in governance and a basis for further financial stability and high liquidity.

According to Eurostat, 11.19% (or 3,059 in total) of the companies in Bulgaria are classified as high-growth enterprises. They provide employment to a staff of 276,880 people. The latest data available is for 2017 and includes active enterprises with at least 10 employees.

For the European Union, the total number of these companies is 190,000 with 16.4 million employees and an average EU-wide share of 11.3%.

High-growth enterprises dominate the service sector, with the highest share being held by Information and Communication (17%), Administrative and Support Services (15.3%), Transport and Storage (14%) and Professional, Scientific and Technical Activities (12.7%).

Bulgaria is among the countries with the highest English proficiency, according to the English Proficiency Index 2019 survey of the international education company EF Education First. One hundred countries around the world are ranked in five levels of proficiency – very high, high, medium, low and very low. Bulgaria is rated in the “very high proficiency” category alongside such countries as Hungary, Romania, Switzerland, Estonia, Greece, and Argentina.

The survey is based on online tests completed by 2.3 million volunteers worldwide. Out of the maximum 100 points, Bulgaria has a score of 58.97, which puts us in 24th place among the 100 countries or in the first 25% in terms of results.

The EF Education First index shows that in Europe, the best English is spoken in the Scandinavian countries and in the countries in Central and Eastern Europe.

Western Europe is lagging behind. The leaders in the index are the Netherlands, Sweden and Norway.

Bulgaria is the best country on the Balkan Peninsula for living and working as an expat and is ranked 11th among 64 countries worldwide in the sixth annual Expat Insider ranking.

The ranking takes into account the results of the surveys of a minimum of 75 respondents per country and includes criteria such as quality of life, working conditions, financial situation, family life, ease of settling in.

Our country is highly-placed in indicators such as making friends (6), feeling at home (7), leisure and entertainment (15), personal happiness (15), career opportunities and satisfaction (7), personal finance (3), daily expenses (1).

Taiwan, Vietnam and Portugal are at the top positions in the overall ranking. Nigeria, Italy and Kuwait are at the bottom. Two of Bulgaria’s neighbours are among the 10 most unattractive countries for foreigners. These are Greece (57) and Turkey (60).