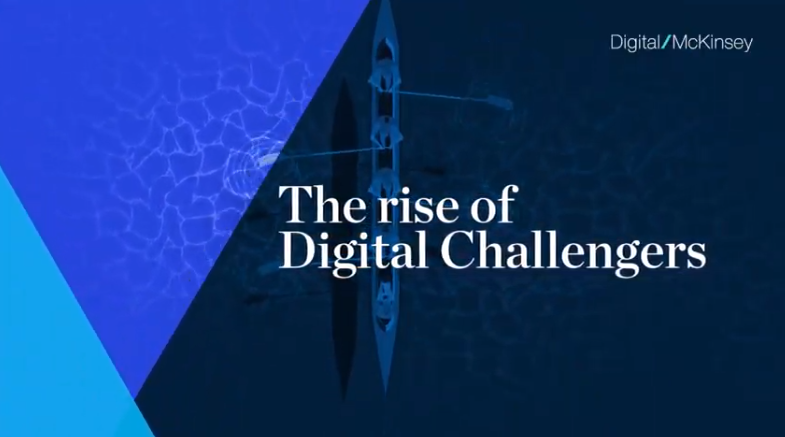 Digitisation can be the next big engine for sustainable growth for Bulgaria, adding 1% extra growth per year to the Gross Domestic Product (GDP) of the country by 2025. This is stated in McKinsey consulting company’s report The rise of Digital Challengers: How digitalisation can become the new growth engine for Bulgaria and Central and Eastern Europe (CEE), published at the end of January.

The report examines the size and growth rate of the digital economies in ten Central and Eastern European countries: Bulgaria, Latvia, Lithuania, Poland, Romania, Slovakia, Slovenia, Hungary, Croatia, and the Czech Republic. According to the survey, overcoming the digital backwardness of Bulgaria compared to Western and Northern Europe would provide the country’s digital economy a growth of 10.8% in the next five years, from the present 5.2% to 16% of GDP. As a result, Bulgaria would be able to add up to 8 billion euro of GDP by 2025.

According to McKinsey’s analysts, the digital economy in Bulgaria represents a comparable share in the GDP (6.7%), and it is close to that of the large markets (6.9%). Still, the country is way behind the digital leaders such as Sweden, where this share reaches 9%.

However, the digital economy in Bulgaria has grown two and a half times faster compared to the five major markets of Europe – by 8.2% compared to 3.1%. As a result, Bulgaria can claim the title of a digital competitor, says the report. Between 1996 and 2017, the ten countries report an average increase of 114% in GDP per capita. But in recent years, traditional engines of economic growth have begun to slow down and CEE economies have a capital that is 80% lower compared to the largest EU countries. Labour costs in the whole region rise at a very low rate (average of 5.2% in 2018 in Bulgaria) and labour productivity is lagging behind the rates in Western European countries. For example, the one-hour productivity in Bulgaria reaches 22 euros, while for digital leaders in Europe it reaches 64 euros.

However, Bulgaria is in a good position to use the increased levels of digitisation. Its economy is relatively small and opened, and relies on trade. Thus, it is similar to the other digital competitors, as well as to the digital leaders (and is different from the large Western economies in the European Union and their huge internal markets). The ratio between the trade and GDP in Bulgaria is 131% – significantly higher than in the big five markets in EU, where it is  67%. If Bulgaria takes advantage of the combination of an open market and focus on digitisation, it will follow the same successful strategy for economic growth that was used by the countries considered as digital leaders. The common key characteristics as size, importance of trade, openness, demonstrate that Bulgaria is in a very good position for taking a similar prosperity path. Recommendations for Bulgaria in the Report

Bulgaria could achieve a positive result if the business and the public sector are to be engaged in the process of digital transformation.

The business should speed up the acceptance and implementation of digital instruments in order to increase its productivity and profit. At the same time, it should use the digital solutions to research the customers’ attitudes and to establish its positions on the regional and world markets.

The public sector should use digital technologies to achieve faster and smoother processes and services in favor of the society and the business. The governmental policy should have its role in this process encouraging the acceptance of new technologies in the public and the private sectors.

A third major factor in this process are the people. It is extremely important to invest in a lifelong learning and continuity in technologies. This will result in smooth adaptation of the new opportunities in the labour market and readiness for career flexibility.

All of the responsible parties should work for the improvement of the entrepreneurship environment and the options for digital innovations, they should support the workers through the development of programs for retraining or enhancing their professional qualifications.

The report The Rise of Digital Challengers: How digitisation can become the new growth engine for Bulgaria and Central and Eastern Europe (CEE) divides Europe in three regions: The Big 5 in the European Union – France, Germany, Italy, Spain and the United Kingdom; the Digital Leaders – the countries from the Scandinavian Peninsula, and the Digital Countries, that are catching up with the others. Bulgaria is part of the last category.

You can find the full report here.

The country results, including data for Bulgaria, can be found here.