Sofia and Bulgaria in International Rankings 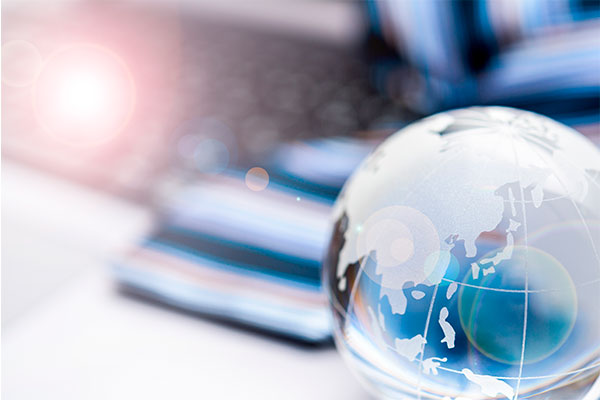 Sofia holds a leading position among the cities of the future, according to the “fDi Global Cities of the Future 2018/19” report of fDi Intelligence. The report assesses the attractiveness of cities around the world for foreign investment.

Our capital is included in the “Large cities” category and ranks 4th  in the “Cost Effectiveness” subcategory and 9th in the “Business Friendliness” category.

For the third consecutive year, the winner among all markets in the ranking is Singapore. It is followed by London and Dublin is ranked 3rd, both keeping their last year’s positions.

The whole report is available here. Sofia is ranked 2nd among the 27 largest municipalities in Bulgaria, according to the Digital Governance Index of the Economic Policy Institute. The index is formed by 119 criteria in five categories: “Security and Privacy “, “Usability”, “Content”, “E-Services” and “Civil Society Engagement”.

The leader in the ranking is Burgas with 55 points and best performance in the categories “Content” and “Civil Society Engagement”. Sofia ranks 2nd with 54.56 points. The capital is the leader among all municipalities in the categories “Security and Privacy” and “E-Services”.

This year Gabrovo and Plovdiv are again in the top five. The new addition is Haskovo, climbing up 5 positions compared to the 2017 Index.

According to the findings of the Index, there is a considerable improvement over the previous years in the “Security and Privacy” category. The average score of the 27 municipalities this year is 6.53 points, while in 2014, when the study was launched, it was only 1.81 points.

Details and link to the full index are available here.

Sofia is ranked 2nd among the 10 fastest growing technology centers in Europe in terms of annual growth of active participants in the ecosystem (81%), according to the fourth edition of the “State of European Tech Report, 2018″, prepared by the London-based international investment firm Atomico.

The report contains data and analysis provided by leading technology and consulting companies, as well as data from a study of the technology and innovation ecosystem among 5000 participants – founders of companies, students, investors, researchers.

The study focuses on the interaction and cooperation between the different actors in the international technology sector in Europe, development of labor skills, sector regulation, investment, research and development in leading companies in Europe and around the globe.

The leader is St. Petersburg with 93%.

The source of the data on the growth of active participants in the technology and innovation ecosystem is the American Meetup platform, an online service for organizing online groups and communities with common interests and events.

In addition, Sofia also ranks 8th among the 20 fastest growing technology centers in Europe, in terms of annual growth of participants in technological events announced in Meetup, according to data from the platform. Bulgaria ranks 40th in the Climate Change Performance Index (CCPI) 2019, the ranking of statistical agency Germanwatch. The ranking summarizes data from 56 countries around the world that generate about 90% of global greenhouse gas emissions in total. The countries are assessed by 14 indicators in 4 categories: “Greenhouse gas emissions”, “Renewable energy”, “Energy use” and “Climate policy”.

The total coefficient of Bulgaria is 40.11 points /out of 100/. In our country’s individual assessment, it is noted that Bulgaria is performing poorly in terms of state policies and domestic efforts to tackle climate problems. Furthermore, the assessment of the current use of renewable energy sources is also low, but the trend is promising –  that is why our overall “Renewable Energy” rating is high. The country receives an average assessment in the “Greenhouse gas emissions” category.

The ranking’s leader is Sweden with a coefficient of 76.28 points, followed by Morocco and Lithuania. Last in the list are Saudi Arabia, the USA, Iran, South Korea and Taiwan.

All results of the ranking and an interactive map can be found here. Bulgaria ranks 47th out of 149 countries in the Prosperity Index 2018 by the London-based research organization Legatum Institute.

The 12th annual analysis of the Institute includes most of the countries around the world and ranks them according to their “prosperity” by measuring their performance by 100 different indicators grouped into 9 sub-indices – economic quality, business environment, governance, personal freedom, social capital, safety and security, education, health, and natural environment.

Bulgaria climbed up five positions in its overall assessment, compared to a year ago. The country’s score outperformed that of Greece and Macedonia, but is a little lower than that of Romania, which ranked 45th.

The top 5 most successful countries are Norway, New Zealand, Finland, Switzerland and Denmark.

The whole report and ranking of the 149 countries can be found here. Interactive comparative graphs can be viewed here. Bulgaria’s profile is available here. Bulgaria ranks 46th among 161 countries around the world in the Best Countries for Business 2018 ranking by Forbes.

According to Bulgaria’s profile, strong domestic demand and low international energy prices among others stand behind Bulgaria’s good economic growth. The country’s profile takes into consideration both the favorable investment regime, including low corporate taxes, and the factors that hamper the investment climate, such as cumbersome public administration, weak judicial systems, low productivity, lack of transparency in public procurement, and organized crime.

Bulgaria stands ahead of Croatia, Turkey and Serbia, which are ranked after the 50th position but lags behind Romania and Greece which are 41st and 42nd respectively.

The UK is the leader in the ranking as the best country for business, followed by Sweden, Hong Kong, the Netherlands and New Zealand.