“Why Sofia?” with Swedish-Bulgarian ATEM Entertainment Atem Entertainment was founded in 2003 in Sweden. Established by Maria Avramova and Christer Hägglund, the company works with film, animation and illustration, it designs and produces award winning music videos and short films, as well as games and books. The team also collaborates with other artists to bring their vision to life.

Maria has over 14 years of experience in animation, film and advertising. She is a writer, director and creative producer at ATEM. Co-founder Christer has taken upon many roles over the years such as illustrator, 3D, 2D and stop-motion animator, editor and storyboard artist. At ATEM he is a game developer and producer.

A year ago ATEM Entertainment moved operations in Sofia. Co-founders Maria and Hägglund tell us what makes Sofia a place to further develop a successful business in the creative sector.

Please tell us briefly about your investments in Sofia? What does your company do in Bulgaria and outside?

Maria: We founded Atem in Sweden almost 15 years ago when we started to produce animation for commercials, feature films and music videos. Today, besides consulting on other projects, we create and produce our own Intellectual Properties such as films, games, books and more. We are specialized in animated films and board games.

Christer: Atem Entertainment is an IP creating company. Space Yoghurt is our latest creation and the tv-series is partly produced in Bulgaria. We operate in Sweden, Italy, USA and Germany at the moment.

What motivated you to invest in Sofia?

Maria: Being a Bulgarian myself was of course a door-opener in this region. Although I moved to Sweden 24 years ago I knew that there’s a lot of talent here. We found the right partners and produced the First Season of the show while I was directing from Stockholm. We clicked and that’s why we decided to take the next step and work on the spot for the Second Season. People here strive for quality and are very motivated. They take their job seriously.

Christer: Eastern Europe will go through a Golden Age soon and the road there will be very interesting. Having tried out a previous project with companies in Sofia we decided to continue with the larger project Season 2 of the tv-series.

Maria: Yes, many. Our friends at Zographic films are working on many other foreign animated productions as a work for hire. There is also Nu Boyana where they are doing lots of VFX (visual effects) for big Hollywood blockbusters. And I know other 2-3 companies working in the animation field. There are surely many more.

Christer: Nu Boyana is the biggest company and the leading light for movie production in Bulgaria. Cinemotion and Zographic are also working on many interesting projects.

Maria: The quality and the pricing. Knowing the language is a big plus even though many speak English these days.

Christer: Quality/price ratio. What you can get for your euros and also having a closer cultural link than cheaper areas like Asia.

Today we are proud to announce the completion of Season 2 of the tv-series Space Yoghurt. We celebrate this by showing you the episode Swimming Pool (make sure to watch it in HD).Big thanks to all who have been involved in the production and stay tuned for more episodes around the globe.#atementertainment #spaceyoghurt

What sort of challenges have you faced so far?

Maria: The main thing has been a lack of a larger talent pool. We wanted to place the whole production in Bulgaria but there were not enough well qualified animators here or storyboard artists, for example. It is still a problem for our future investments but we are planning to do something about it, like creating courses for young talents to fill in those gaps.

Christer: Mindset. Sadly many Bulgarians don’t realize the potential they and their country have. Younger generations are much more open to the possibilities we offer and do not spend half a meeting on saying ”no, it can’t be done”. Also, an aging non-digital infrastructure within the government and companies can be a slight challenges. But all that is changing and will soon be a thing of the past.

How do you estimate the overall business climate in Sofia today?

Maria: The business climate is great. There is this buzz in the air, lots of things are happening. Compared to when I left for 24 years ago, people are more optimistic in general. More creative. Especially those with an entrepreneurial spirit. They’ve understood that the doors are open now, compared to how we had it, and they can create their own opportunities. I see creative competition being organized in architecture and design, in the best restaurant or best cafe, I see new plays, films and music events popping up in my event feed on a weekly basis.

The tech-industries are also booming. Just to name a few.

Christer: Sofia is ever expanding. Both in population and businesses. The transition from a closed country to an open one has been slow. But that has a lot of perks. Traditions and culture is still Bulgarian and people start to see the value of their rich history.

Judging from your business experience, do you think that local and foreign investors see our capital as a more or less homogeneous business area, or are there still a lot of hurdles?

Maria: I know that from a foreign perspective from where I come from there is still a big distrust about starting a business here. One thing is the old reputation of Eastern Europe. This is a problem for Bulgarians too. They live on old sayings like “ Nothing good can be done in Bulgaria” or so called “bulgarian business” as an indication of a job not well done. This is not true anymore and it should be wiped out from the dictionary.

The other thing is the bureaucracy and paperwork. But people here and outside believe that everything in the West is easier. It is not. What makes things easier there is that everything is digitalized. But I see these changes happening here as well.

But once the investors had gotten here, they can totally see the advantages.

Christer: The PR department for Bulgaria might have done a better job, but all coins have two sides. West persist in keeping its view of a backward and poor eastern neighbour. But slowly this view is changing and as Bulgaria is updating to a modern infrastructure, both mentally and physically, the influx of foreigners will steadily grow.

What would you point out specifically in terms of business climate improvement for investors who are already operating in Sofia?

Maria: More weekly or monthly meetings would be great. I know some co-working spaces, like Puzl or Betahaus are already organizing such events, mostly for tech companies. We need to become better at working together and sharing knowledge.

Christer: Our friend and Country Director at Saab Stefan Bengtsson’s initiative to launch the Swedish Bulgarian Chamber of Commerce. SweCham Bulgaria is a great platform that will help showcase everything that is already in place and what the future can hold.

Maria: I would speed up the digitalization of the paperwork within the state institutions. That will definitely attract more foreign investors here. I would like to see more schools and courses for educating young professionals to meet the demands for qualified people.

Also, the work environment must change.

The management must understand that the people in the company are their biggest resource. Taking care of the employees is very important. Many companies have started to do that, but there is more to be done for keeping the competence in the country.

Christer: Upgrading the infrastructure, both physical and digital. Reform the bureaucracy. Also, Bulgarians need to start to think in a more long-term perspective. Short term profit is not building a great partnership or country.

How much does the investment climate in Bulgaria stand out in comparison with progress made in other countries in the region?

Maria: It stands out a great deal, I must say. The difference is that people here don’t rely on public funding. They are finding alternative ways to run their businesses. This is both good and bad. It does feel nice to have some kind of government support but on the other hand, people here get creative in a different way to scale or support their business.

Just the negative mindset and the mistrust towards the Bulgarians own potential must be upgraded and changed.

Christer: The Balkans are very diverse and different regions/countries are tackling their ambitions in different ways. One of the biggest advantages is that Bulgaria has not adopted the euro. A small developing country should manage its progress under own device. From a movie production perspective, Bulgaria can offer the most varied scenery: from tropical beaches to snow-covered mountains.

When you look at Sofia and the country as a whole, as a Bulgarian investor, what attracts or surprises you most?

Maria: I come from Nesebar originally, which is also an entrepreneurial and a very beautiful place. I love the nature and the climate here, the food, the people and the humor. Every little place in Bulgaria has its own character. There is so much to do and discover.

I love that the people are so united here as well. Many would disagree with me on that, but I have a different point of reference.

Christer: What I have understood is that after the communist regime most Bulgarians have adopted an entrepreneurial stance. Whether it is a small local store or a big manufacturer. This spirit will develop and help Bulgaria into a flourishing country. The changes the country has made since I first visited 15 years ago. From the small renovated square in Dupnitsa to the buzzling streets in Sofia.

How do you feel about Sofia and Bulgaria as a place to live – transportation, food, travel, prices, education, medical services?

Maria: This is my first time living in Sofia and I was surprised to see how much the city has changed in a positive way. The infrastructure, the social life and more. The food is of course great. I realize how much I’ve missed Bulgarian food. But also the variety of other kinds of international cuisine here is a really pleasant surprise.

I love the parks and the outside events during summer. The closeness to many ski resorts. And of course, the prices for us coming from a country with the highest standard and the highest taxes in the world is much lower.

But I also see that the living costs can vary quite a lot and you can still afford a nice and spacy flat for lower prices even by Bulgarian standards. Access to fresh fruits and vegetables is also a big plus.

I’m not very familiar with the education system yet.

Christer: Finding out that Bulgaria has hockey teams might be the biggest happy surprise. As an old hockey player I hope to have a new revival and maybe I can contribute to the Bulgarian hockey scene.

Last summer I got sick very seriously and if it wasn’t for the great team at Acibadem City Clinic Tokuda Hospital, I wouldn’t be able to talk to you now. I will always be grateful.

And yes, Bulgarian people, you have a lot to be proud of. Trust me and lift your head from staring at the not perfect pavement and look at the splendid mountain view surrounding Sofia.

All the small lunch places with homemade food

The people of Sofia

Any restaurant where they serve Mish-Mash 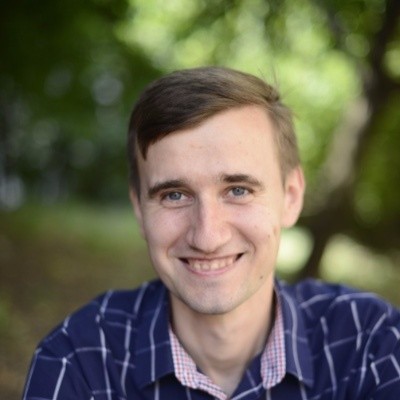